This article was at first published in German on Insights.

Stop motion is a visual storytelling technique that has been present in film-making for over a century. In fact, it is the first ever animation technique. It creates an illusion of movement by playing a series of individual frames in a fast sequence. In stop motion, ideas are often conveyed by combining art, motion and metaphor.

In RUVIVAL, we use the stop motion technique to explain complex topics in a simple and descriptive visual manner, where language is not in the foreground. The particular style of our videos is called cut-out animation. This technique utilises flat materials, such as paper and fabrics, producing a 2D animation as a result. We focus on using small-scale handmade scenes and we have learned a few things along the way about creating a makeshift stop motion studio. All images used in the RUVIVAL stop motion videos are hand drawn by our collaborators, just as all sound effects are available in the public domain.

Something very important to us is that our videos reach a worldwide audience. Part of our concept is to choose an iconography speaking to an audience of diverse backgrounds by being abstract. Therefore, to use an imagery and symbol language as general as possible. This can be seen especially in the people characters in our videos, which we make in a universal way, without representing and reproducing gender, ethnical or even racial stereotypes making it also easier for the viewer to identity themselves with the situations. An example of our images can be seen below. 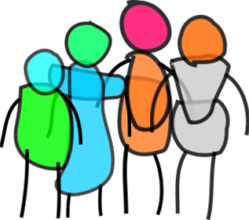 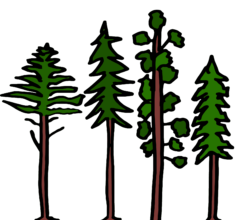 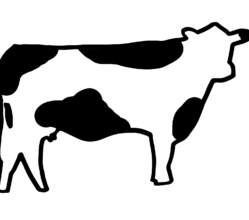 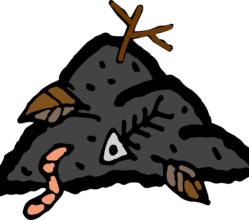 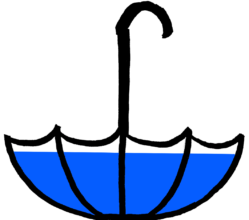 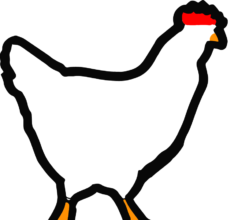 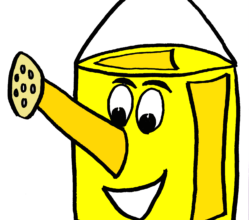 In these past years, we have also learned that it is not only people characters which make a video universal. For example, in our first videos, houses and farms were drawn resembling a U.S. farm house architecture, a detail we corrected for the newer videos by using more abstract forms as it can be seen in the images below. 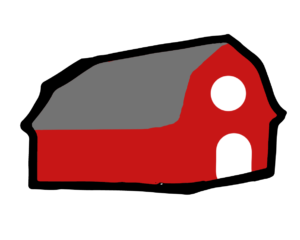 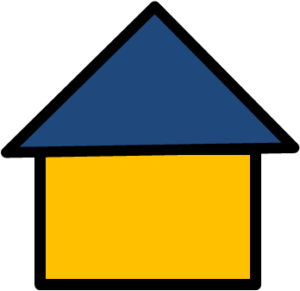 Additionally, we also avoid using text in the videos, as we want people from all over the world to be able to understand them in a visual non textual way. Therefore, we had to find our own picture language for certain reoccurring concepts, for example, we developed the picture on the right to show ecological benefits. This step into a more non-textual picture language is also an advantage considering future translations, as one video can be easily used for several languages. For clarity, the audio is recorded by a professional native speaker.

We have come a long way since we started making videos in 2016 and since then we have improved our production process. Each production consists of three steps: pre-production, studio production and post-production. Here you can see an overview of the process:

It all starts with a pre-production phase, where all the planning is done and storyboards are reviewed several times before the video is actually filmed. This is done in order to improve the quality of the video and to avoid having to re-shoot scenes as they did not work out like we wanted them to. The first step consists of the student writing a script, which is then reviewed by the supervisors. Afterwards, the script is divided into scenes to create a storyboard. The storyboard is first made in a tabular form, in which it is described what will happen in each scene, what elements will be used and what the narration will be. This is then also reviewed by the supervisors. A template of our tabular storyboard can be downloaded here.

Once the tabular storyboard is approved, an animated storyboard is made on PowerPoint, in which the student uses images taken from our database and/or the Internet and his/her own voice as narration. This animated storyboard is very important for our production process, as it helps us to visualise how the final video will look like and to see if it is made in a way that catches the viewers’ attention. We have learned a few important guidelines that we now follow when creating our videos and these are included in our step-by-step guide below.

The most important points to remember when creating a scene are:

After the animated storyboard has been perfected, the images to be used in the video can finally be drawn. We try to use the same style for all the drawings and, as all of the images are hand-drawn by the students, we have developed a style that is simple and easy for everyone. Since the beginning, we have collected all the drawings made for the videos and we now have a database of over 400 images; therefore, the number of new images that need to be drawn for a new video is now very small. When all the images have been drawn, they are printed, cut out and organized into envelopes according to each scene. After this, we are ready to go to the studio.

The studio production consists of 2 parts: filming the video and recording the audio. Filming is done at a studio at Multimedia Kontor Hamburg (MMKH). This studio has a fixed camera that is set over a table where we arrange each scene and record it. The filming of each stop motion video, with a length of approximately 3 minutes, usually takes 5 to 8 hours. We have seen that by having the images for each scene organised into separate envelopes, we are able to film the video much faster, as each video has dozens of images and sometimes it can take a long time to look for some of the very small images. The audio is also recorded at a studio, but in this case, it is done at a recording studio and by a professional narrator who is a native speaker.

The last part of the process is the post-production. This is done at the editing room in the Institute of Technical Education and University Didactics (iTBH), where a computer with professional editing software is available. Here, the video images are put together with the audio recorded by a professional narrator. Additionally, sound effects are added to make the video more entertaining. After this, the video is ready to be enjoyed!

As we would like to reach as many people in as many languages as possible, we have made all our videos open to contributions on YouTube, where you can easily add subtitles in any language here. We are very happy to get feedback on our videos, which you can do by sending us a message through our Contact form.

If you would like to see how this production process actually looks like, take a look at the images below. 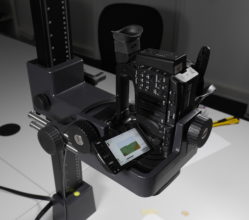 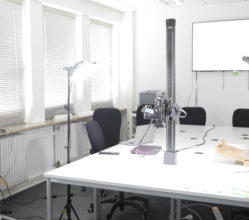 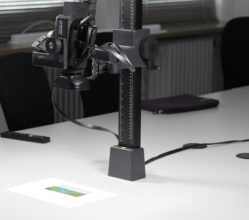 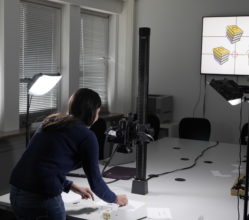